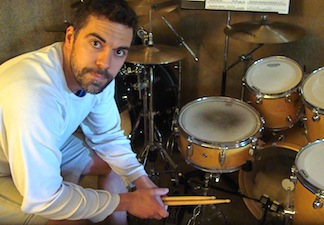 Jamison has performed or recorded with these fine groups.

Q: When did you start playing drums?
Jamison: I was about 13 years old.

Q: What inspired you to play drums?
Jamison: My uncle had a drum set that I was fascinated by whenever I saw it. I was only a few years old and he would sometimes let us play it - standing there trying to reach the drums and cymbals. It was never enough for me. I was intrigued by the combination of equipment and sounds able to be produced by that collection of instruments called a drum set. I had this feeling like there was something special you could do with that, like a technique or certain sequence of actions. I think I've always had a mind that enjoyed the intricacies of the physical dexterity required to execute drum beats.

I was also fascinated and excited when I saw the drums marching past in the parades. Other less notable experiences also caused this inspiration; I think I remember an episode of The Brady Bunch with a drum set, and an episode of Eight is Enough where the drummer cut loose during a gig because he was so much better than the music allowed him to play and he just couldn't hold back anymore. The music stopped, there was probably an awkward moment, the band scowled at him before they resumed playing the boring music. I just thought the drumming was cool.

Q: What is your favorite percussion instrument to play.
Jamison: Drum set. It's why I wanted to play drums. I love playing drum set.

Q: What style of music do you most enjoy playing?
Jamison: I enjoy progressive metal; stuff with intricate rhythms and unusual time signatures, like Dream Theater on Images and Words, and I like pop rock, especially where I can play a clean, straight beat and there is room to add cool details, like Vinnie Colaiuta in The Vanishing Race.

Q: Who is the best drummer?
Jamison: There is no such thing as the best drummer. When drummers reach a certain level of proficiency, their differences can not be generalized as better or worse; at a certain point it comes down to style. Different drummers will have different strengths, but there is no best drummer.
Drummers need to play what's appropriate for the band. Some do rock better, some do jazz, some can do both. Then, within those genres, drummers have personal traits that, again, are stylistic rather then better/worse. Some of my favorites are Dave Weckl and Mike Portnoy. I'm also enjoying Alex Rudinger, George Kollias, and Anika Nilles, Thomas Lang. 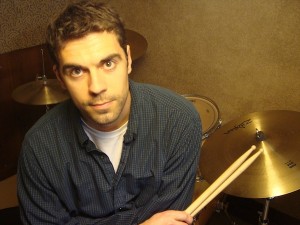 Jamison currently lives in Sheboygan where he teaches private drum lessons and records and produces music for and with local musicians.