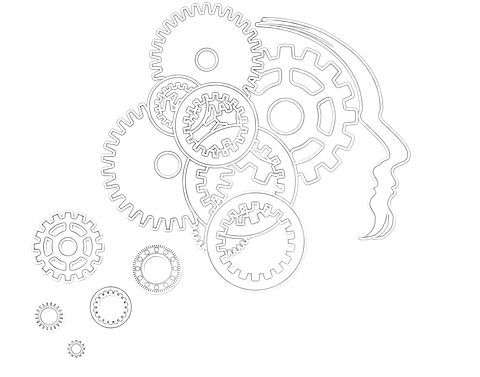 Learn how to know your place in a song. Drummers can developed an awareness of where they are in the section of a song. It can become nearly sub-conscious. A great way to begin is by understanding four-bar divisions. It allows a drummer to know when they’re four bars in, halfway through, or at the end of a section. Mastering this enables a drummer to feel the music without having to think about it.

4-Bar Divisions
In popular (i.e. non-classical) music, most songs are constructed of phrases and sections of bars divisible by four: 4, 8, 12, 16, and 32 bars. This comes in handy when developing the predictive ability of counting-awareness.

Because of this, it’s possible to know your way through a song without having to count. Instead, you are able to feel when four, eight, or sixteen bars have passed. I’ll suggest studies and exercises to improve this awareness.

Develop Counting Awareness
Counting awareness can be developed through practice. One way is by playing along with songs, and actually listening to the music you’re playing with, instead of focusing intently on counting bars. When I say listening to the music, I don’t mean the lyrics, I mean the chord progressions, which give you cues about when the song is about to reach a new section. Even without the four-bar divisions, it’s often possible, by listening to a song, to tell when one phrase or section is ending and the next is going to begin.

The real magic happens when you begin to feel a 4-bar division as a single unit, and are then able to sense that unit as part of a 4-unit division (16-bars). In the same way that feeling four measures becomes second-nature, feeling how many 4-bar divisions you’ve played can become second nature.

In addition to playing along with music, exercises can help develop four-bar-division awareness. You can soon have the ability to feel 4, 8, 12 and 16 bars without having to count, even when playing alone with no music. Two exercises follow. Choose a simple beat. A suggested beat and fill is shown in the exercises. As your 4-bar comfort increases, increase complexity and variety of the beats and fills to further develop your counting awareness.

Play three bars of time followed by a one-bar fill. Repeat non-stop. Keep the beat simple–this is essential. Start with a simple fill, like solid 8ths, 8th triplets, or 16ths on the snare. Once that’s mastered, get more complicated with the beat and fill, even starting the fill earlier or later. But always play a total of four bars. The exercise is designed to develop counting awareness. Since that’s the goal, don’t undermine it by also trying to learn new beats, fills, or techniques. Spend plenty of time on this one, so that knowing when you reach bar four is second nature.

Play seven bars of time followed by a one-bar fill. Same as above.